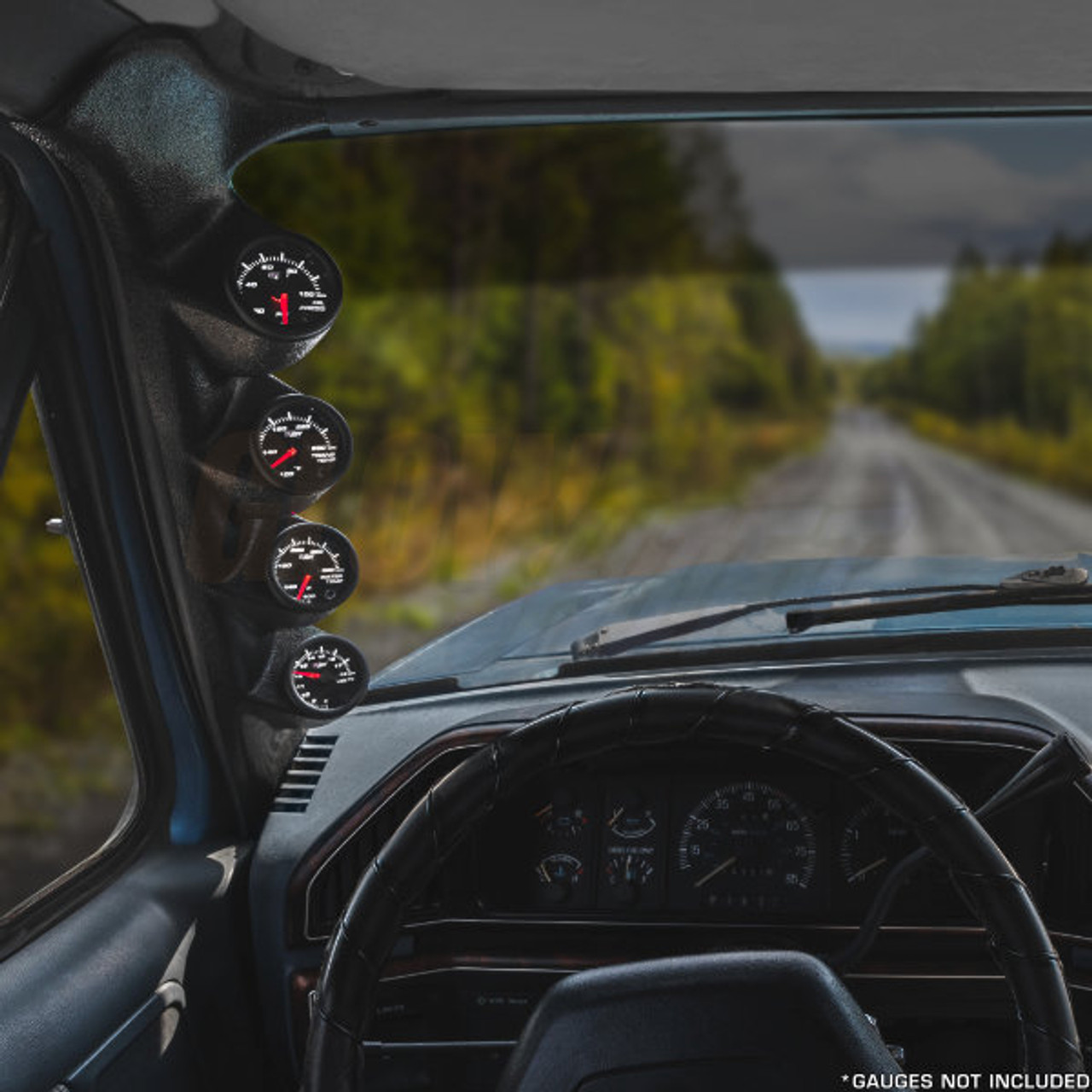 1987-1991 F-Series trucks are such a classic. You gotta love that boxed frame and cabin which gives you a lot of space to work with. We know you do everything you can to look after your OBS pickup, and that’s why it’s still around after all these years.

A key part of that is engine health. Monitoring your 6.9 IDI or 7.3 IDI is critical to longevity. You can do everything possible to make sure the frame of this truck is strong and intact, but if you’re not taking care of the engine you’re only doing half the job.

That’s why we put together a set of Ford pillar gauge pods dedicated specifically to 87-91 F-Series F150, F250 and F350 models. These gauge pods for Ford trucks go through a strict development process to make sure they line up precisely with the factory A-pillar. They’re detailed even down to notching at the top for a factory fit.

Truck-specific gauge pods for the 1987-1991 F-Series aren’t easy to come by. We’re a big fan of the OBS truck so we wanted to do something to change that. Up to now we developed Dual and Triple Pillar Pods, and we got so much positive feedback on them that we just signed off on our Quad Pillar Pod version too.

This Ford pillar pod holds (4) 2-1/16” (52mm) gauges so you can keep an eye on four different IDI diesel engine systems. Check for optimal performance and make sure your IDI’s levels are where they should be.

These OBS Ford gauge pods will also look great when you install them in your Ford truck. They’re featured in black and can also be painted using ABS plastic paint so they’re color matched and precisely fitted to your F-Series.