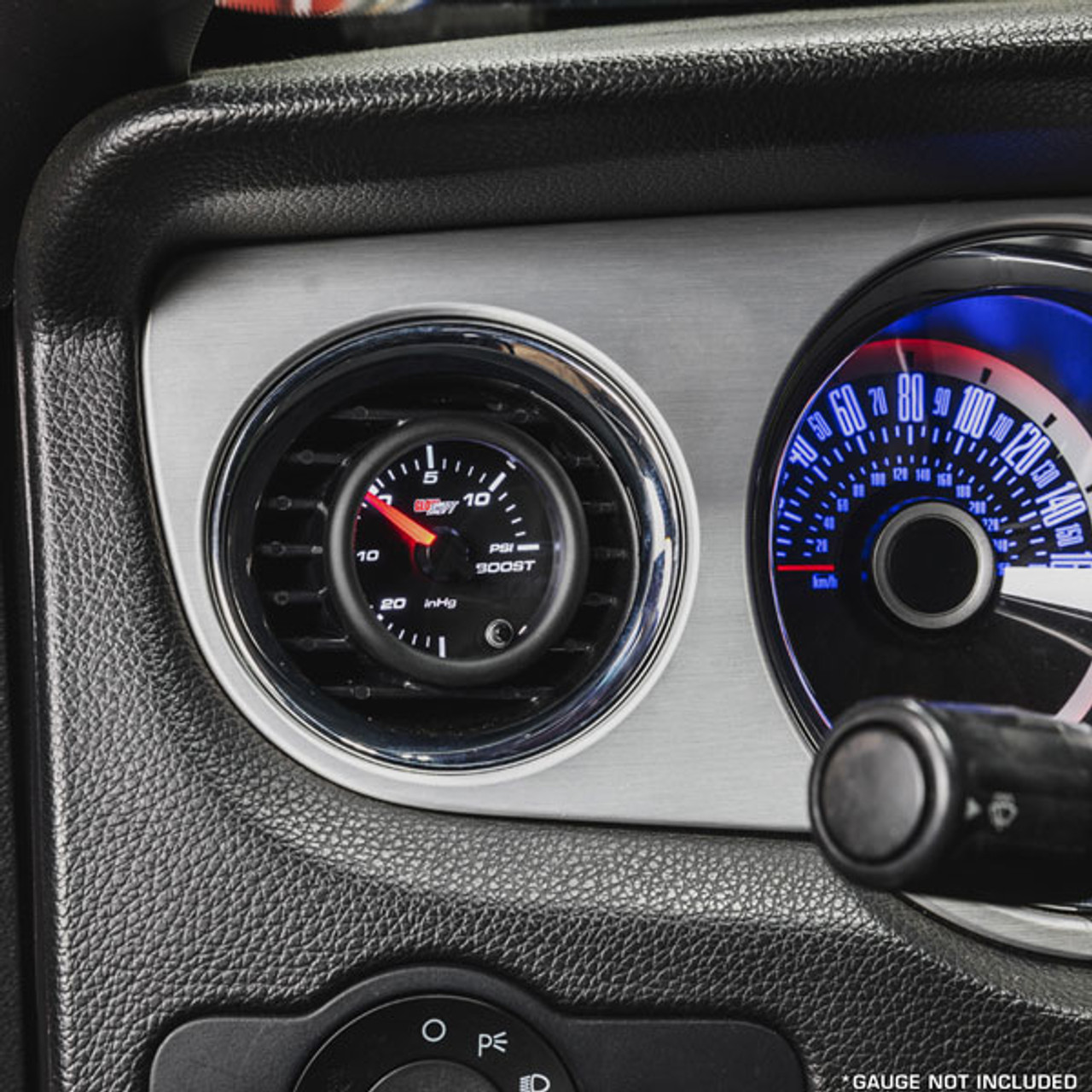 There’s no question that a set of gauges looks great when you install them to an A-pillar pod or a dashboard pod. Not to mention it doesn’t get much easier quickly viewing gauge readings. So we’re always looking for different ways to give drivers the ability to view their gauges from optimal locations in their car or truck’s cabin.

With that in mind, the newest addition to our lineup of gauge pods is the Air Vent Single Gauge Pod for 5th Generation 2010-2014 Ford Mustangs. This Mustang vent gauge pod easily snaps in the vent to the left of the steering wheel on the factory dash. Not only does it give you quick access to readouts from an optimal location, but it’ll look great inside your Mustang.

We moved forward with designing this air vent gauge pod after we got a lot of positive feedback on another vent pod we developed last year for a different Mustang year range. This pod holds a 2-1/16” (52mm) gauge and doesn’t need any hardware for the install. There’s also no interruption of airflow in the vent with the pod or in any of the other vents.

The one thing to keep in mind is that this pod installs only in the vent to the left of the steering wheel on the factory dash. It’s made out of ABS plastic so it’s tough and durable. And once locked into place you won’t have to think twice about it securely housing any gauge you decide on.

Combine each Mustang vent gauge pod with pillar or dash pods, or install it by itself to monitor a single gauge. It’s all about the look that works best for your Mustang GT, Shelby GT500, Mustang Boss 302, Mustang Convertible and other 5th Gen Mustang models.